I apologise for the slightly off topic blog post, but I must share this event with you.
If you are free on Sunday the 4th of December 2011 and you would like to see a awesome downhill street race, head on over to Swansea city centre for the Red Bull Downforce Race.
This event is being organised by the guys at Red Bull, who are doing so much for the MTB sport scene at the moment, with recent events including the Red Bull street light session. 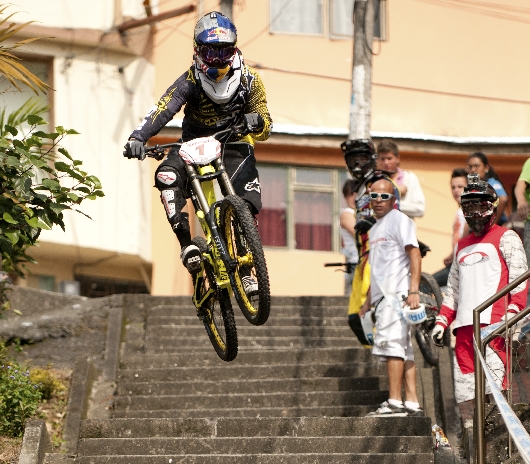 The event itself will include 32 of the UK’s down hill mountain bike riders, and the course will end up finishing right at the bottom of Swansea Castle.
Racers will compete against the clock, too knock each other out of the race on which promises to be a very daunting street course.

If you would like to go and watch this exciting event, you can for free! With the first race starting at 2pm, and the last at 4pm.

If you are feeling brave enough, and fancy blasting down a closed off Swansea City Centre on a downhill bike the race is also open to amateur downhill bike riders from across the UK. You will have to be quick as there are only 30 competitor places. If you do fancy your chances go to www.redbull.co.uk/downforce in order to take part in the Red Bull Downforce.

Hats of to Red Bull for organising the event, and I for one cannot wait for this!

Edit: RedBull where displaying on their website two dates for this event, but I can confirm after speaking to them that it will be held on Sunday the 4th December 2011.