The 6 best street spots in the South and South west of the UK.

We thought we would share with you in our opinion some of the best street ride spots in the UK. Hopefully you will discover some new spots to ride from reading this article, and feel free to let tell us where favourite street spot is. 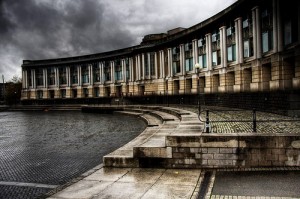 Lloyds Bank in Bristol is by far one of the best places to visits if you are making the trip to Bristol. Lloyds Bank in Bristol has appeared in many videos over the years and is still a great place to ride. In the summer it is jammed packed full of street riders, skaters and BMX’ers and can get a little crazy at times.

Lloyds Bank is a semi circler wall that has three tiers, which are the perfect height to practice spins and grinds on. These tiers are divided by a large six set of steps every 6-7 metres and is located right on the water front in the At-Bristol complex about 10 min ride away from the train station.

Castle Park has loads of stuff to ride and is one of those spots you either love or hate. There are a lot of large sets of steps, walls and a wicked old church in the centre which has some great sloping banks for wall rides. The park is just outside the centre of Bristol and is a favourite of many trials and BMX riders. 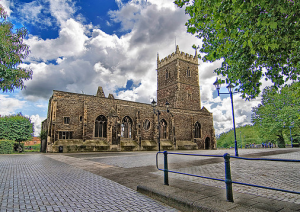 Castle Park recently held the Red Bull Street Light Session recently, as it provides such a wide open space with lots of things to ride dotted around everywhere.

South Bank London is probably one of the most iconic places to ride in London. The South Bank spot is mostly under cover and lit up, which makes riding there at any time of day easy. Loads of stuff to ride including gaps and banks to session, it also doesn’t take long before a small crowd of tourists appear, pointing their cameras at you! 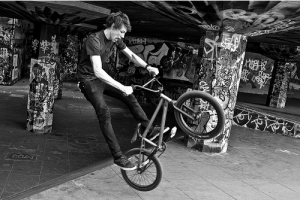 South Bank is a great place to ride because you are in the heart of London, not far from the Waterloo train station, hardly any trouble from the police who must just accept what goes on and it’s undercover.

What more could you want form a street spot?

Quite possible one of the best places to ride on a summer’s day, Dorchester has a fantastic skate park and some pretty good street spots towards the centre of town. The park itself was built b7y the guys at Wheelscape, who renowned for building awesome parks, and this one is no exception. 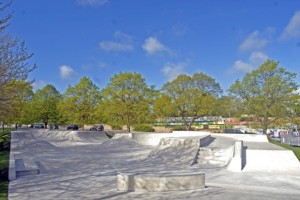 Dorchester is also within spitting distance of Weymouth which also has an awesome park and spots along the coast.

Portsmouth has so much to offer, and just an endless amount of street spots just everywhere you look! Some of the best spots and parks are located in Southsea area, which is near the University of Portsmouth. Along the entire sea front there is plenty to ride including ‘The pyramids’ and near the many shopping precincts dotted around. 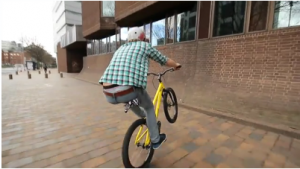 Next week we will share with you some more of our favourite street spots up towards the North of the UK including Leeds, and Blackpool, stay tuned!